Self Driving Policies and Procedures

While each piece of legislation attempts to ensure public safety while encouraging innovation, they all vary in approach, creating challenges for AV developers operating or planning to operate across state lines. This patchwork of legislation ranges from basic to robust requirements for automated vehicles which has resulted in the AV industry advocating for federal (rather than state-by-state) regulation of autonomous vehicles to ensure consistency and encourage innovation. 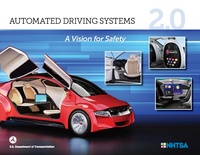 The U.S. DOT releases new Automated Driving Systems guidance FAVP released in 2016 was the federal government’s first attempt to set up a centralized regulatory framework for AVs. The guidance is divided into four sections: Vehicle Performance Guidance for Automated Vehicles, the Model State Policy, NHTSA’s Current Regulatory Tools, and New Tools and Authorities. It established a 15-point safety assessment for manufacturers, outlined state and federal roles in regulating AVs, and explained how NHTSA would and could use existing regulatory tools to manage AV testing and deployment. NHTSA’s updated 2017 guidance eliminates three recommendations from the FAVP concerning privacy; registration and certification; and ethical considerations revising the safety assessment for manufacturers to 12 points. 2.0 generally includes less stringent regulations. It seeks to make the “regulatory processes more nimble” and remove “barriers to innovation.” One of the AV industry’s major concerns with the FAVP had to do with the mandatory safety assessment letter (SAL) addressing each performance guideline. The 2.0 policy suggests companies submit a voluntary safety self-assessment. While the two policies take different approaches to federal regulation, they take a similar view on the delineation of federal and state regulatory responsibilities. Historically, the federal government has regulated motor vehicles and motor vehicle equipment, while states have been responsible for regulating the driver. 2.0, like the FAVP, suggests this division of regulatory responsibilities should remain. 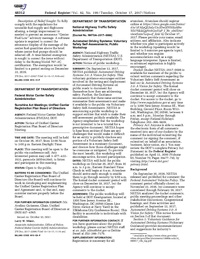 Another important element of the 2.0 policy is it outlines best practices for state legislatures. These include providing a ‘technology-neutral’ environment, providing licensing and registration procedures, reporting and communications methods for public safety officials, and reviewing traffic laws and regulations that may serve as barriers to AV deployment. 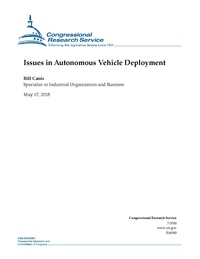 Considering the pace of autonomous vehicle innovation, DOT anticipates that it will continue to update its regulatory guidance on an annual basis. In fact, Version 3.0 is already underway. NHTSA published a notice for public comment on “Removing Regulatory Barriers for Automated Vehicles” on January 10, 2018. In addition to its existing authority to issue federal vehicle safety standards and order recalls of defective vehicles, NHTSA has other tools it can use to address the introduction of new technologies: letters of interpretation, exemptions from current standards, and rulemakings to issue new standards or amend existing standards.

Look for 3.0 to be released in September if historical trends hold. The previous policy guidelines were published in the same month.

On September 6, 2017 the House of Representative passed its first piece of AV legislation, the Safely Ensuring Lives Future Deployment and Research in Vehicle Evolution (SELF DRIVE) Act, H.R.3388. The SELF DRIVE Act seeks to outline a clear federal regulatory path for developing, testing, and deploying AVs. The bill focuses on the following:

On October 4, the Senate Commerce, Science and Transportation Committee passed S. 1885, the AV START Act out of committee. Despite concern from both parties, AV START passed with bipartisan support. The AV START Act is the first piece of AV legislation passed by the Senate and mirrors much of what is included in the House SELF DRIVE Act. Where the two pieces of legislation differ is on preemption of state laws, exemptions to FMVSS, and other topics that would need to be resolved in conference.

In should result in increased federal action on CAVs. Congress is likely to pass an AV bill. Informal pre-conference meetings have begun in the House and Senate to reconcile differences in the AV Start and SELF DRIVE Act which is an optimistic sign legislation could pass before the summer. This year should also see USDOT expand its role in AV development. The agencies 3.0 guidance will go beyond AV design and performance to address actual implementation of autonomous driving technologies.