Based on projections capping global warming at 2 C, the researchers at the MIT Joint Program on the Science and Policy of Global Change found that the global electric vehicle (EV) fleet will likely grow to about 95-105 million EVs by 2030, and 585-823 million EVs by 2050. Capping global warming at 1.5 C, global EV stock reaches more than 200 million vehicles in 2030, and more than 1 billion in 2050, accounting for two-thirds of the global private light-duty vehicle (LDV) fleet. The research team also determined that EV uptake will likely grow but vary across regions over the 30-year study time frame, with China, the United States, and Europe remaining the largest markets. Finally, the researchers found that while EVs play a role in reducing oil use, a more substantial reduction in oil consumption comes from economy-wide carbon pricing. 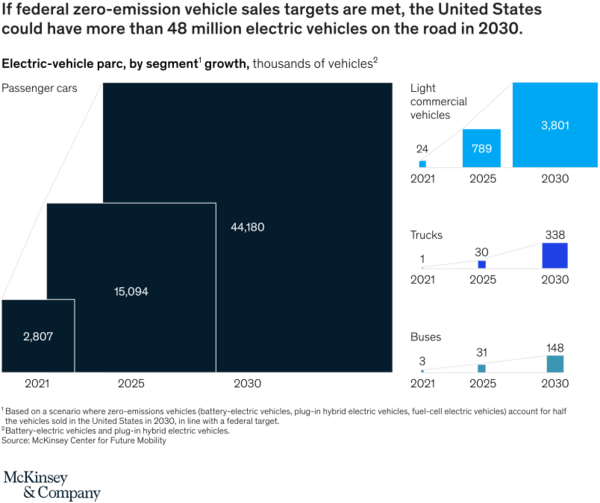 In the United States the Bipartisan Infrastructure Law (BIL) provides $7.5 billion to develop the country’s EV-charging infrastructure. The goal is to install 500,000 publicly accessible charging stations compatible with all vehicles and technologies by 2030. However, even the addition of half a million public chargers could be far from enough. In a scenario in which half of all vehicles sold are zero-emission vehicles (ZEVs) by 2030 in line with US targets to meet the 2C target McKinsey and Company estimate that America would require 1.2 million public EV chargers and 28 million private EV chargers by that year.

In Europe The EU’s “Fit for 55 Package” published in July 2021 revealed its plans to reduce emissions by at least 55% by 2030 (compared to 1990 levels), and to be the world’s first climate-neutral continent by 2050. The current truck regulation requires a 30% emissions reduction by 2030 and will be reviewed in 2022. Together, these targets need a significant share of new passenger car (PC) and commercial vehicle (CV) sales to be electric vehicles (EVs) by 2030. The uptake of EVs requires the build-up of an electric vehicle charging infrastructure in Europe. 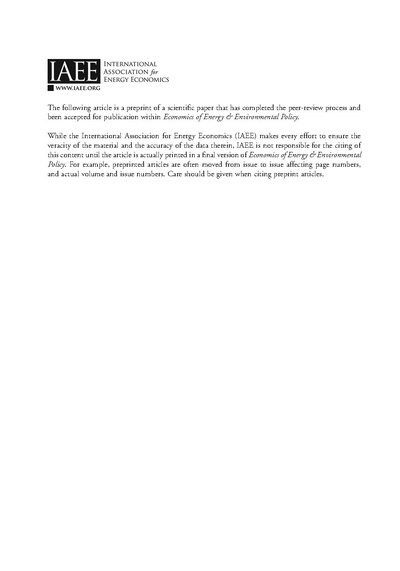 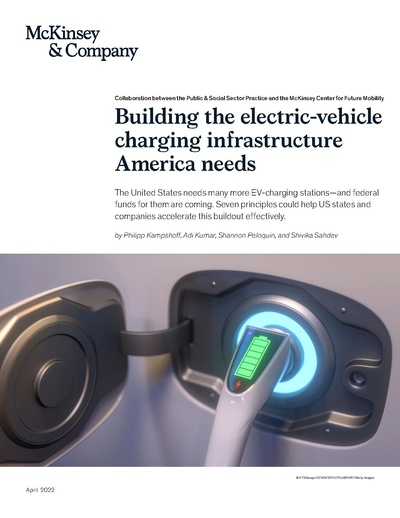 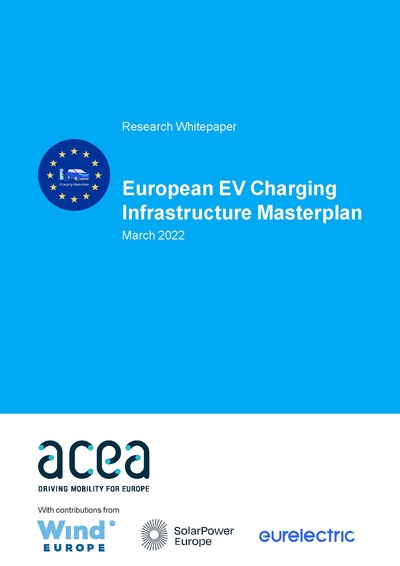 It is recommended that cities move quickly to take advantage of these incentives knowing that the demand for infrastructure is there and getting national help will greatly reduce the burden while delivering needed services to their citizens.