Municipalities tend to have standard channels of communicating news and project information to their constituents. Most often this includes public announcements, meetings, and eventually a press release.

For some public works and development projects, a ceremony might be planned, which could include a ribbon-cutting and speeches by elected officials. This is certainly an important part of launching a new service, such as a Public Wi-Fi system. However, we have found that these activities alone are not sufficient to ensure a Public Wi-Fi system is successful in terms of the number of users it serves. The problem is obvious: many people will simply not realize the system exists, and therefore will not use it.

Thus, widespread awareness is critical to a successful Public Wi-Fi project. To achieve this level of public awareness city leaders must think beyond traditional outreach efforts and treat the Public Wi-Fi system as a brand. In effect, they must become brand managers and devise an appropriate brand strategy to ensure that the Public Wi-Fi system – what it is, how it works, how to connect to it, what locations it serves, etc. – is widely known and communicated.

Building a brand requires, first and foremost, a name that encompasses the project and spirit of it. For example, San Leandro calls its Public Wi-Fi system “Wi-Fiber,” which combines the words “fiber” and “Wi-Fi” to reflect that it uses the Lit San Leandro fiber loop as its internet connection. Once a name brand is determined, marketing materials such as logos, flyers, posters, and graphics should be developed.

Beyond the name, a strategy requires defining demographic targets and then using certain channels to reach them. For example, high school students and teenagers, who would presumably be heavy users of a Public Wi-Fi system, will not follow standard municipal outreach like press releases and public announcements. They will need to be reached through targeted campaigns on channels where they are active.

Thus, a marketing strategy should be based on different profiles. These can include: students, parents, young adults, business owners, tourists, seniors, and more. To reach these groups, campaigns should be devised to reach them.

Municipalities have several digital channels available on which they can promote services like Public Wi- Fi. An official website is the most logical place to being. The Public Wi-Fi system should be setup with an online web presence. This could be as simple as an announcement on the city home page or as complex as a website devoted specifically to the Public Wi-Fi project with status updates, news, reviews, and more. At minimum, an online Public Wi-Fi presence should include:

Contact information to inquire about the service News and updates However, while a dedicated website can be a powerful branding tool for a Public Wi-Fi system, social media is a major source of online traffic. While specific social media strategies are outside the scope of this blueprint, it is crucial to note that social networking sites like Twitter, Instagram, and Facebook should be used to promote the Public Wi-Fi system. These activities should fit into a municipalities overall social media strategy. In addition, most cities have public access television stations and can control the content that airs on these. So, a short video could be aired on public access (PEG) television, as well as more modern media channels, such as YouTube and the city’s website. Other digital channels include mobile apps, blogs, community sites like Nextdoor.com, and anywhere else that a municipality posts news updates for the public.

In addition to online channels, municipalities typically have several physical promotional channels at their disposal, as well. For example, city officials can setup booths at their local festivals and events to promote the Wi-Fi service with giveaways, like branded shopping bags and accessories. 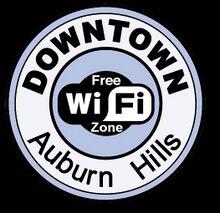 The last line, Guerilla Marketing, deserves a little more discussion. Here, we are referring to efforts by municipal staff and/or volunteers to canvas an area with promotional material such as flyers, stickers, posters, artwork, and similar items. This can be combined with traditional municipal signage which can be displayed on in the public right of way of street poles and the external walls of facility buildings. Think of typical, blue “Free Parking” signs only with Wi-Fi logos that say “Free Wi-Fi.”

Along with these examples, some municipalities have organized hackathons and similar events with their Wi-Fi systems as ways to engage the local tech community. If your mayor or council members have strong followings on social media, their endorsement of the Public Wi-Fi network will have a huge impact on adoption.

Municipalities should avoid approaching marketing strategies on their own. Our research uncovered several potential partners that can help promote services, such as Public Wi-Fi. The list below is not exhaustive and can be tailored to fit a certain target. For instance, if the Public Wi-Fi system covers a heavily-trafficked tourist site, a great marketing partner would be the tourism board or the like. It’s useful to make a list of all the partner agencies and pair it to demographic and marketing profiles. Such a list may include:

While external media aren’t exactly a “partner” organization, there are several media groups that follow municipal technology and often cover Public Wi-Fi and similar broadband and technology projects. When a municipality issues a press release, it should personally contact reporters, editors, and writers of these publications to share the press release with them. This can often lead to additional promotion for the new system.

Private sector partners will often coordinate their own, parallel promotional efforts if they are directly involved in the Wi-Fi system. For example, when Ruckus equipment was deployed in San Leandro, Ruckus issues its own press release and the company’s Chief Operating Officer attended the groundbreaking ceremony, making a speech alongside the city’s mayor.

These activities can lead to one of the most powerful form of promotion there is: word of mouth. Nothing is more effective than a friend saying to another, “Hey, did you know there is free Wi-Fi right here? Check it out!” That is the ultimate form of endorsement. A well-designed system that is properly promoted, and provides users with a great experience and fast, reliable, free internet service should win many supporters who will happily tell others about it.

Brand management can be as much an art as it is a science. However, municipalities are equipped to run sophisticated campaigns that target certain demographics that will benefit the most from their investments in Public Wi-Fi. A brand strategy has many components and requires thought, collaboration, and resources in the form of time and money to execute. However, the benefits are well worth it. Public Wi-Fi systems are literally invisible: if no one knows the system is there, no one will use it. The burden is on the municipality to raise awareness and promote the benefits to the public. 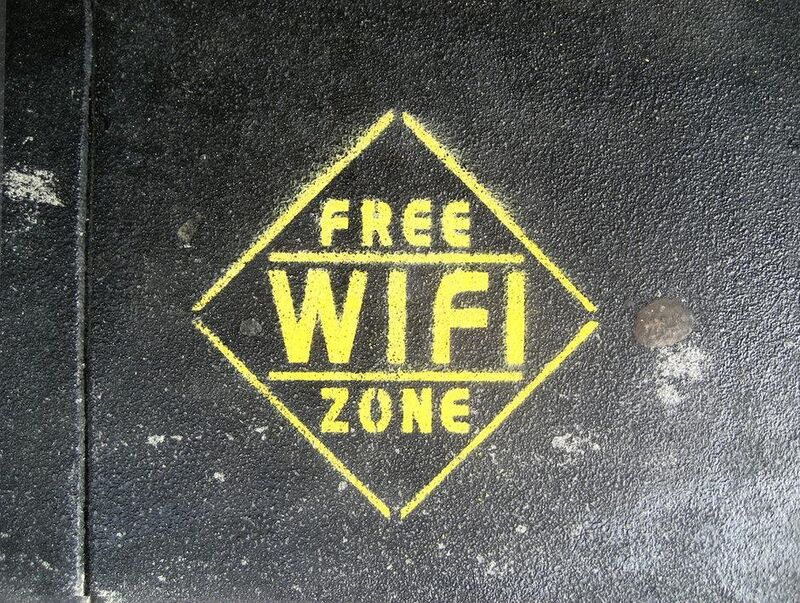