As part of Schenectady’s Lower Union Street reconstruction Project that started in late 2015, Smart Lights have recently been installed that allow the control of lighting and other sensors to monitor devices as well as provide a small scale Public Wi-Fi deployment. This deployment, activated on June 20th 2017 as Schenectady’s contribution to World Wi-Fi Day 41 , gives residents, and visitors within a 5-block area of State Street (from Broadway to Lafayette) access to the internet and is helping to identify value for further Wi-Fi deployment. 42 Wi-Fi access points also allow the city to control smart lighting and other IoT sensors that help in evaluating the benefits of various accessories. This project is in coordination with additional Wi-Fi access in front of City Hall on Jay Street that is also available for residents and visitors to the city. Through the implementation of this project, the city is also beginning to collect data which will help improve the operation of our local government. For example, the city is using data collected through this project to calculate the expected annual savings from a conversion to LED lighting with motion sensing and demonstrate its effectiveness for a city-wide layout. The city has currently identified a 4- zone approach for installation of these smart lights and plans to have a preliminary timeline in place within the second half of 2017 to begin the transition of all streetlights to an updated smart lighting network.

Keeping in mind the city’s ultimate goal of creating a replicable Smart Lighting model that other municipalities can examine and learn from, the City of Schenectady has partnered with private companies, educational institutions, non-profits, and other governments and governmental agencies in an effort to bridge the digital divide, stay current and relevant to the needs of the community, and provide information to improve government services and responsiveness. 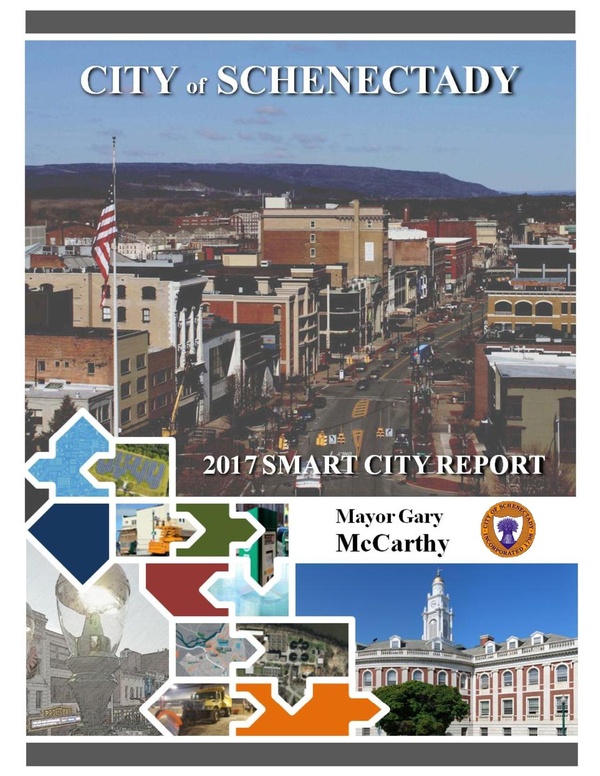