The Kashiwanoha smart city project (first described as Kashiwanoha International Campus Town Initiative) is a planned from scratch city project, involving a greenfield smart city vision, situated around Kashiwanoha Campus Station. Kashiwonoha smart city project is a privately-led project, with Mitsui Fudosan as the main developer. It was also the owner the previous owner of the golf course on which construction work of the project were first based. However, Kashiwa city was designated as one of the "FutureCities" by the national government in 2011, making Kashiwanoha new town project eligible for government subsidies.


The project pursues the declared objectives of an "eco-friendly urban development", "longer healthly life expectancy" and the "creation of new industries". Within these ambition frameworks, it involved the development by Hitachi of an Area Energy Management System in order to manage energy supply in four zones around the station. The smart city vision of the project was impacted by the 2011 Tohoku earthquake and the power footage which hit the city at this occasion. Thus, the creation of a business continuity energy plan within the project, to protect the town and its activity of future similar events. It induced the installation of a gas-fired power generator and storage batteries, providing energy interchange between the different zones.

A Social Experiment in Kashiwa

Since establishing the Institute of Gerontology in 2009, the University of Tokyo has taken an active role in addressing the issues associated with an aging society. Under the directorship of Professor Junichiro Okata, also of the Graduate School of Engineering’s Department of Urban Engineering, the Institute provides an interdisciplinary platform for collaborative work by researchers from a spectrum of fields, including medicine, nursing, engineering, psychology, sociology, economics, law, and education. Community for 2030 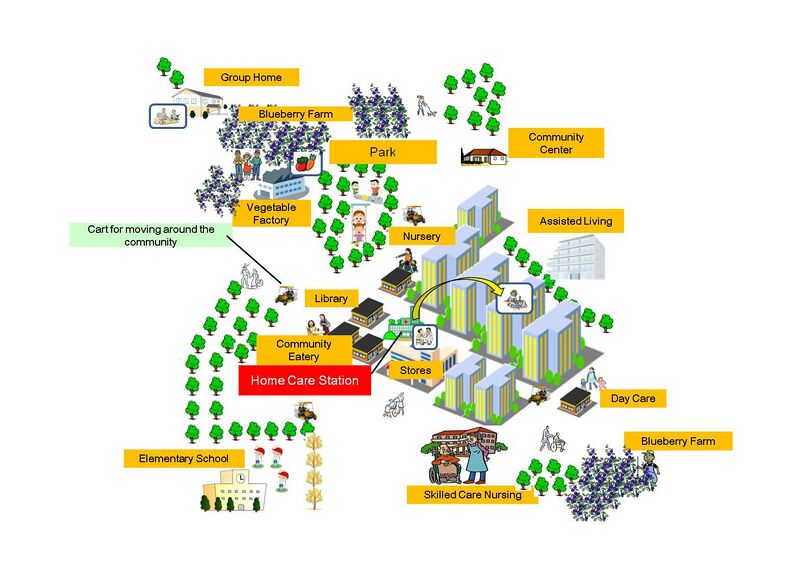 Under the overarching theme of “redesigning communities so that residents can age in place,” the Institute has initiated a number of research projects on the design of communities conducive to a long-lived society. One such project involves a large-scale social experiment in the Toyoshikidai district of Kashiwa City, Chiba Prefecture.

First developed as a bedroom community just outside Tokyo in the early 1960s, Toyoshikidai is a typical residential suburb of the metropolis, with a mix of condominiums and single-family houses surrounding the 5,000-unit Toyoshikidai Danchi apartment complex, interspersed by parcels of farmland. In collaboration with Kashiwa City and the Urban Renaissance Agency, the project has already begun construction in this rapidly aging neighborhood of a senior-friendly community that includes not only shops and medical and nursing facilities, but also workplaces for the elderly. The aging apartment complex is in the process of being replaced with 10- to 14-story apartment houses designed to facilitate single living by seniors.

At the center of the neighborhood will be a “Community Eatery,” a dining hall that caters not only to seniors but also to younger residents stopping in for breakfast on their way to work, or children looking for a snack en route to school or club activities. There is data indicating that seniors living by themselves rarely eat home cooking and consequently tend to be undernourished, a condition that exacerbates their health problems. The Community Eatery is an essential tool for extending healthy lifespans by providing seniors with nutritionally balanced meals in a comfortable setting with other members of the community. 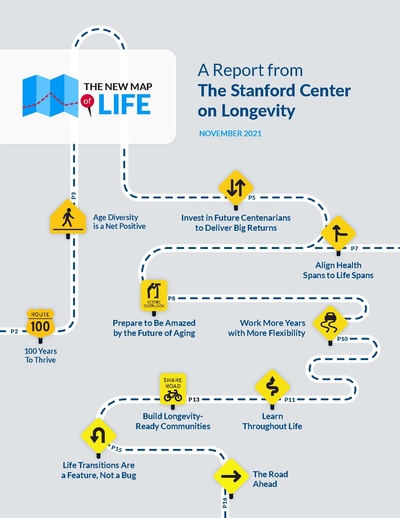 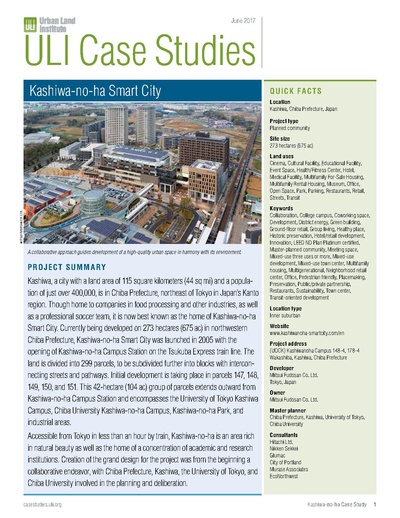 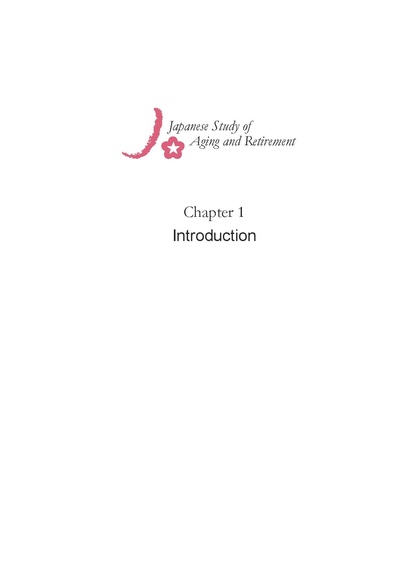