The Gunpo City traffic signal system was created with a voluntary idea, based on the experience of operating a traffic information system and with the application of the latest IT technology trend. Thus, we have prepared a stepping stone for the provision of traffic signal information to the private sector in the era of automated vehicles of the 4th Industrial Revolution which had not felt concrete until now.

Traffic signals are also not up-to-date, since it is not possible to be aware of a situation - such as an accident caused by the signal system, a mass breakdown of traffic signals, or an open signal controller door - before it is reported.

If traffic signals are provided to the private sector, traffic accidents can be prevented since automated vehicles will be able to accurately perceive traffic signal information. In addition, we will be able to know when and where the green signal will be on, which will give rise to many startups in various areas (like finding the short-cut), ultimately leading to the creation of numerous jobs.

Real-time working application tied into city dispatch systems at city-wide scale, supporting over 50% of the city. Demonstration will include a simulated emergency event and the measurement of response time with and without the proposed solution. 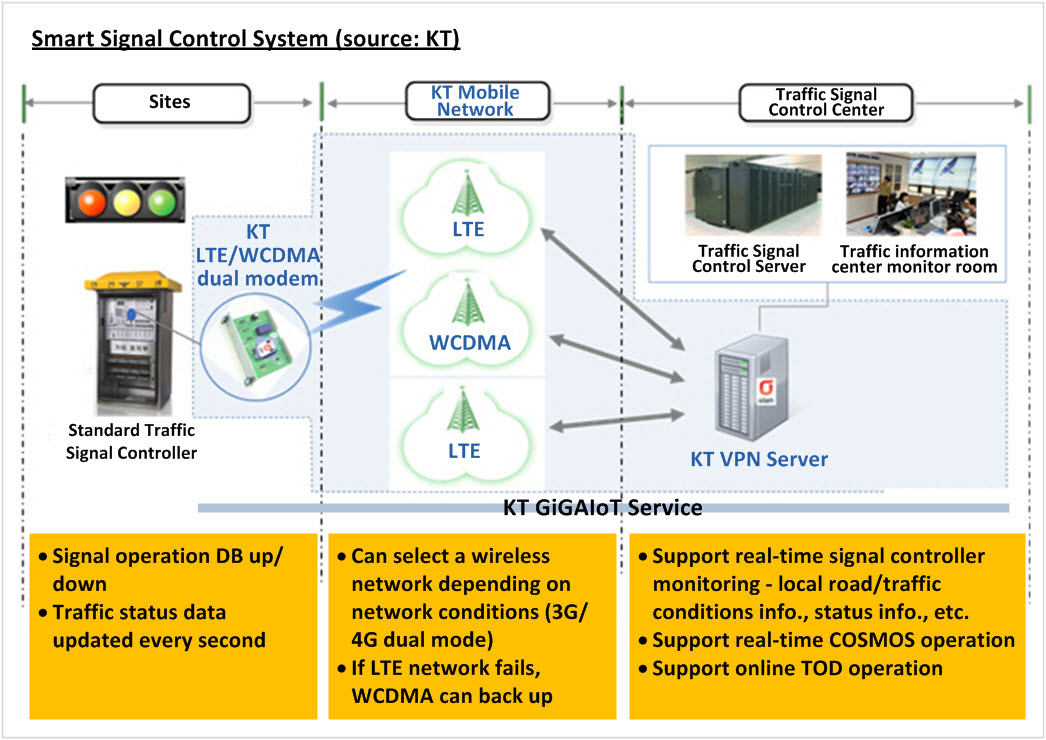