The Nature of Cities

Nature-based solutions stand out in the urban design environment for their multifunctionality and connectivity features as they offer multiple benefits to local people and ecosystems.

Cities are almost entirely dependent on surrounding regions for food, water, and energy (FWE) to sustain urban population and activities. Sixty percent of the global population will live in cities by 2030, with 90% of urban growth in the coming decades likely to occur in low- and middle-income countries. Rising costs of urban production, consumer-oriented lifestyles, and pressures to improve the quality of urban spaces could worsen the overall picture of urban areas. In light of this, how can cities promote sustainability through nature-based solutions and improve food, water, and energy securities? 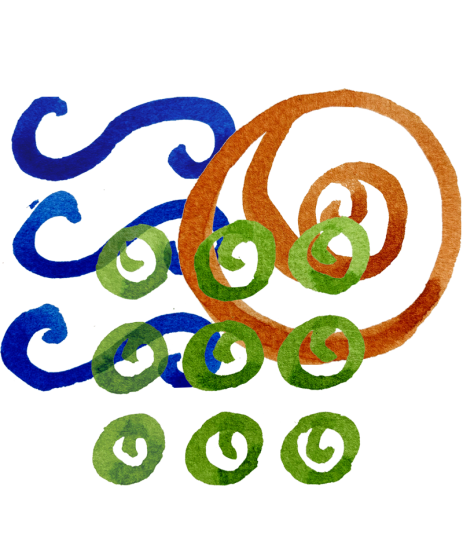 This essay is part of the IFWEN project.

Nature-based solutions are any solution that uses an aspect of the natural world to solve resourcing, provisioning, or other issue types in a city. Some of the most common types of nature-based solutions, such as green roofs or inner-city waterways, are often characterized as green and blue infrastructure (GBI), which are simply defined by the type of infrastructure they provide: green plant life (green), and various water solutions (blue). The great benefit of green and blue infrastructure (GBI) is its often positive effect on food, water, and energy resources, particularly in urban areas. GBI broadly includes parks and reserves, gardens and backyards, waterways and wetlands, greenways, farms, orchards, plazas, roof gardens, and living walls. It can provide ecosystem services such as provisioning (food, water, fiber, and fuel), supporting (such as soil formation and nutrient cycling), regulating (climate, flood, and disease regulation and water purification) and cultural services (aesthetic, spiritual, symbolic, educational, and recreational).

Ecosystem services are defined as the gains acquired by humankind from surrounding natural ecosystems, making them key for the natural functioning of FWE systems. Moreover, these interacting resource systems are crucial to the survival and socio-economic development particularly in urban areas, as they import most of the food, water, and energy. Interestingly, an ideal nexus can occur from the ntersections within FWE systems and this is technically known by the term food-water-energy nexus (FWEN). FWEN systems are an ideal type of nature-based solution for cities because they can often have large positive impacts on better utilizing natural resources, reducing pollution, and ensuring the security of FWE supplies that are essential to the quality of life of city inhabitants. Thus, FWEN has the potential to be a pivotal fuel for global cities to ensure sustainable and resilient population and economic growth. All the terms and acronyms mentioned above are widely used by researchers, technicians, environmentalists, planners, and policymakers.

At this point, you might be asking yourself, what can policymakers and citizens do to enhance GBI in cities? The answer is not so straightforward. It depends on several site-specific variables such as a cities’ characteristics and goals, city size, geographical location, income level, governance capacity, and political will, among others.

In fact, there is more academic and technical information on the effects of different types of urban GBI on FWE resources than information on their potential practical applications in cities. A recent study conducted by the IFWEN project has found that urban agriculture has received the most attention from the urban GBI literature, especially through case studies in low-income and large, rapidly growing but food-insecure, cities of the global south and in Africa. Particularly in some eastern and central African cities, nearly half of all vegetables and maize consumed by city dwellers come from urban agriculture.

In addition to food-related ecosystem services provided by urban agriculture, street trees, green spaces, green roofs, urban forests, and other vegetation can help reduce local temperatures. These effects on temperature occur due to the shading of urban surfaces, through cooling and humidifying effects of plants on air. These types of GBI, when located near or over buildings, have an even greater impact on local micro-climates, and lower temperatures reducing the need for artificial cooling and indirectly contributing to energy savings and greenhouse gas emissions reduction. Technologies aiming to increase the absorption of solar radiation for cooling effects, or in cities such as the use of vegetative-green roofs, appear to be very promising. They have the potential to mitigate potentially problematic concentrations of high heat – heat islands in cities and they can provide significant benefits for more efficient energy performance of buildings, providing passive cooling to the built environment. Energy-related GBI has been attracting attention in middle-income and large Asian, North American, and European cities for this reason.

When it comes to the effects or benefits of urban GBI (such as urban forests, green roofs, rain gardens, permeable pavements, and wetland detention ponds) on water resources, they are mainly explored, in very small cities concentrated across various income brackets in cities (low, lower-middle and upper-middle). Constructed wetlands have been increasingly used for tertiary treatment of domestic wastewater which can then be used for irrigation, cleaning, or to supply water to natural areas. Water bodies, urban wetlands, and other water-based GBI also have positive impacts related to local temperature reduction, creation of micro-climates, and reduction of heat island formation, contributing to greater livability in cities. However, interesting trade-offs may take place. For instance, water bodies can also act as heat retention systems, contrary to the expected process of local temperature reduction.

Therefore, unintended negative impacts of each GBI must be taken into account, as this can offset the objectives that motivate the expansion of GBI in cities. On one hand, planting their own food, cities ensure the food supply, particularly for the urban poor in developing countries. On the other hand, food safety turns out to be a significant concern due to environmental pollution. For instance, heavy metal becomes the top issue sourced from atmospheric deposition. Wastewater reuse in urban agriculture, while enhancing the efficiency of the urban water system, adds to concerns about food safety with pathogens transferring from wastewater to food. Urban agriculture itself also may contribute to water contamination with fertilizer and pesticides similar to any other farming system, in addition to contributing to the increase of mosquito-borne diseases.

Characteristics of urbanization in different cities such as economic level, population size, social, and even the climate conditions could be the main influencing factors for the GBI-FWEN links in cities. Other critical points for overcoming current barriers and promoting GBI in cities are the governance capacity, the political will, and its openness to develop nature-based solutions as opposed to conventional grey infrastructures.Institutional arrangements, infrastructures, and actors are critical in mediating the ways in which central government programs are enacted and implemented, and in defining what it is which will be governed.

Nature-based solutions stand out in the urban environment for their multifunctionality and connectivity features, offering multiple benefits to local people and ecosystems. But the emergence of GBI does not depend solely on the technical evolution of the specialist expertise offered both by research institutions and by community organizations; it also requires local authority remaining as a key governing agency for GBI, in terms of expertise and knowledge of the domains to be governed. Stakeholders should clearly comprehend how GBI and FWE systems are interconnected in urban areas, aiming to promote cities’ sustainability. Despite being ultimately related to human well-being, urban GBI is unlikely to help drive change if their positive effects are not well communicated to stakeholders (i.e. by better connecting with decision-makers, emphasizing participatory approaches, and contributing to capacity building).

Thus, we list below key points that need to be included in the policymaking process to advance and promote urban nature-based solutions:

Greater integration between local governments and societies with regional and national governments can promote the positive effects of urban GBI on the planning of food, water, and energy systems developed beyond city limits. The advancement of the desired sustainability in the use of scarce resources should not necessarily depend on national policies and initiatives; policies and plans for the sustainability of cities must be developed respecting the specificities of each location. Smaller and more achievable goals that are closer to citizens can be better accepted by the community, bringing the feeling of being part of a change that can be observed on a small scale. Nature-based solutions are a consequence and cause of changing attitudes towards sustainability in cities, and their development shows that urban planning, political will, and social participation must always be intertwined to make cities a better place.

On The Nature of Cities

About the Writer:
Fanxin Meng

Fanxin Meng is a Postdoctoral Associate with central research focus on how Green and Blue Infrastructure (GBI) affects Food-Water-Energy Nexus (FWEN) in cities. She is committed to constructing a methodology for assessing FWEN changes in cities.

About the Writer:
Rodrigo Bellezoni

Rodrigo works with the relations between energy and environment issues, through the topics sustainability, water-energy-food nexus, environmental and energy technologies and policies.

City Observatory COVID Lessons for Portland (and others) by Ethan Seltzer (. . . with profound thanks to anonymous reviewers) Editor’s Note:  We’re pleased to…

The Nature of Cities More people are changing how they use green and open spaces in New York during COVID-19, but we found the perception…

Ecodistricts Home A large bur oak graces my front yard:  with a double trunk, about 35 feet tall, she casts a shady and cooling radius…

Circular Economy on Medium Circular economy for our most useful resource By Nick Jeffries and Tansy Fall Water is life’s matter and matrix, mother and medium. There…